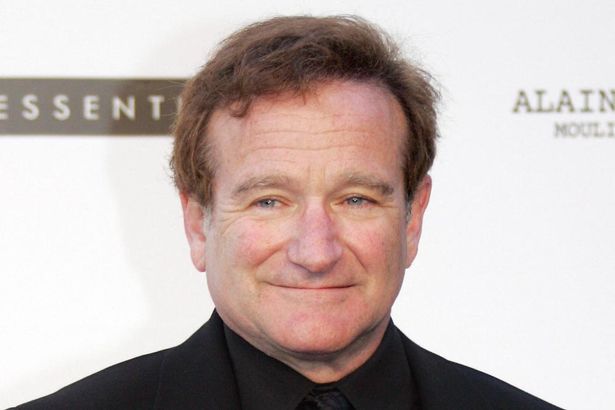 Robin Williams was the name that every American household was familiar with when they talked of comedy or movies.
Robin has won many Emmy Awards and Grammy Awards for his spectacular work in stand-up comedy and his special skill of improvisations. Robin Williams was loved by all the generations within a family.

His style was subtle and natural which amused the audience every time. He made quirky expressions with ease and was clumsy on stage. He delivered clever and witty dialogues with humor. Robin Williams was a talented person off the stage too. He was an expert at pulling off a serious or intense character on screen and also passionate to perform a comic character on stage. He received many awards along with fame and is one of the inspirations for aspiring comedy actors in the industry. He stopped acting when he was diagnosed with dementia. Let us learn more about Robin William and facts about his acting and stand-up comedy career.

Here are some interesting facts about the Academy Award winner Robin Williams:

Let’s look at some interesting facts about Robin Williams’ career.
-Williams made his appearance in early movies like ‘Popeye’ and ‘The World According To The Garp’. ——Robin Williams also received a nomination for the Best Actor in the Academy Awards.
-Robin Williams had a great sense of dialogue delivery with humor, and he was therefore allowed to improvise on his lines without a script.
-He was a master of making impressions on many people including Gomer Pyle, Richard Nixon, Elvis Presley, and Walter Cronkite.
–His second nomination for the Academy Award was for playing the role of a teacher in ‘Dead Poets Society.
-He appeared with Robin de Niro and Julie Kavner and bagged a third Oscar nomination for his appearance in Penny Marshall’s Drama ‘Awakenings’.
-He also received a nomination for the role played by a homeless man Parry in the drama ‘The Fisher King’.
–He portrayed the role of Peter Pan in the movie ‘Hook’ and gave voice to a genie in the Disney movie ‘Aladdin’.
-He also played a woman character in his movie ‘Mrs. Doubtfire’.
-His two films ‘Jumanji’ and ‘Birdcage’ reached the $100 million mark in America.
-He won the Oscars for acting as a therapist in ‘Good Will Hunting’ in 1997 which inspired many therapists in the real world.
-He played versatile characters and roles in his career. He played the role of a doctor and a Jewish man in Germany.
-He also worked as an android who developed human emotions in the movie ‘Bicentennial Man’, he gave his voice for the movie ‘A.I. Artificial Intelligence in 2001.
-Robin Williams married thrice. He was first married to Valerie in 1978 and had a son Zachary Williams. He got divorced in 1988.
–Later he was married to Zachary’s nanny in 1989 and they had two children. His second wife, Marsha Garces, divorced him in 2008.
-Later Robin Williams married for a third time to a graphic designer Susan in 2011 in California. They lived in a house in San Francisco.
–However, Robin Williams developed a battle with Lewy body dementia and lost his life to it by committing suicide.
-Robin Williams suffered from drug addiction while working for his first sitcom and thus kept battling with drugs and alcohol for more than 20 years. His third wife was the one to inform him that Robin Williams took his own life in their San Francisco home.

Robert Williams was a comedian and an actor too. His full name was Robin McLaurin Williams. He was born in July 1951 in Illinois, Chicago.

-Robin had a well-to-do childhood because Robin Fitzgerald Williams, his father, was a Ford Motor Company Executive. Laurie McLaurin was Robin’s mother who worked as a fashion model earlier.
–Robin Williams had two elder brothers. He had a pleasing and fulfilling childhood.
-Robin studied political science in school at Juilliard. He left his junior year when there was nothing that Juilliard could teach him. After leaving his junior year in 1976 he realized his interests were in performing arts.
–He started performing at nightclubs and found a role in an episode of ‘Happy Days. The role was of ‘Mork from Ork’ which delighted the audience and received a great response.
Watching his work, producer Garry Marshall offered Robin Williams his sitcom named ‘Murk and Mindy’. This sitcom ran successfully from 1978-1982 and was a hit show. This gave the name and glamor to Robin William’s work in the comedy industry in the ’70s and ’80s.
-In a film named ‘Insomnia’, Robin Williams plays a character of a writer who is also a killer on the chase.
And in the same year, he played a psychotic lab technician who stalks a family in ‘One Hour Photo’. He gave voiceovers for many animated movies like ‘Robots’, ‘Happy Feet’, and ‘Happy Feet Two’.
–He also portrayed Teddy Roosevelt in the comedy show ‘Night at the Museum and its two sequels.

Facts About Robin Williams As A Comedian

Robin Williams is one of the most cherished comedians in the world. Let’s look at some facts about him as a comedian.

-Williams began touring for his standup comedy show ‘Weapons of Self-Destruction’.
–He was bold enough to make comedy on social and political contradictions.
-Robin also performed standup in 2002 ‘Live on Broadway’ which was decided to be released in both audio and video format.
-Robin William loved watching the BBC comedy show Monty Python’s ‘Flying Circus’ and was a huge fan of the show.
-Robin Williams was also voted as the funniest man alive in 1997 by ‘Entertainment Weekly.
–He was famous for his work as a standup comedian and reached out to many people and made them forget their worries and stress.
-He was best friends with Christopher Reeve and visited him during his accident. He went wearing scrubs like a doctor and spoke in a Russian accent, and then removed the mask.
That was the first time Reeve had laughed since the accident and he owes that to Robin Williams.
–Other than his career in the entertainment industry, he loved cycling and also trained with Lance Armstrong for several days.
-He raised funds for the homeless by teaming up with Whoopi Goldberg and Billy Crystal. Together they founded Comic Relief USA. This benefited the poor and needy and raised around $80 million in 2014.
Williams starred in the ‘World’s Greatest Dad’.
-In 2011 Robin Williams appeared in an off-Broadway production making his debut for ‘Bengal Tiger at the Baghdad Zoo’ during the Iraq War.
-He also starred in the movie the ‘Big Wedding’ and the ‘Butler’.
-He acted in the movie ‘The Angriest Man in Brooklyn and ‘Boulevard’ where he played two versatile roles.
-So far Robin Williams has won two Emmy Awards, two Screen Actors Guild awards, six Golden Globe Awards, and five Grammy Awards throughout his career as an actor and a standup comedian. This made him worth $50 million.

–His favorite food was donuts!
-He starred in approximately 87 movies, the last of which was ‘Absolutely Anything’ released in 2015.
-His first animated movie was ‘Aladdin’ released in 1992.
-His favorite colors were white and ultramarine blue.
-Some of his favorite things were his monkey armchair, Harry Potter’s Gryffindor robe, his first Golden Globe Award, and his motorbike.